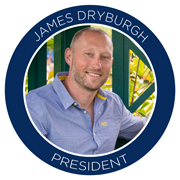 James, orginally from Aviemore in the Scottish highlands, started playing curling in 1983. Since then, he has competed in 7 championships representing Scotland, Great Britain and Sweden before turning to coaching and representing Denmark at a further 12 championships including the Winter Olympics in 2010 and 2014.

The idea for the NJCT came when James was in Esbjerg on a coaching weekend. He saw pictures on the wall of the curling club from the Nordic Junior Championships 1994, which were held in Esbjerg. After many emails, messages and telephone calls, the idea became a reality and the NJCT will begin season 2016-17! 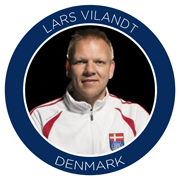 Lars, from Hvidovre (Copenhagen), has been playing curling since the late 80's and has represented Denmark on 21 occasions (3 World Juniors, 6 Europeans, 9 Worlds and 2 Winter Olympics) - needless to say, Lars brings a wealth of competition experience to the NJCT! 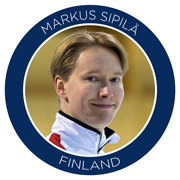 Markus lives in Espoo but represents Ålands Curlingklubb. He started curling in 1997. Since then, he has become more and more involved with the sport and is now the National Junior Coach for Finnish Curling Association. As a hobby, Markus created and runs Curlingcalendar.com which you have probably used at some point! Markus is also the webmaster for the NJCT website. 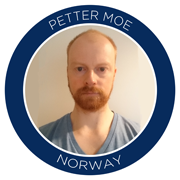 Petter is from the Winter Olympic village of Lillehammar and it was after the1994 Olympics that he started curling. It only took Petter 5 years of curling before he made it to his first World Junior Championship as a player. Subsequently, he has played 9 international championships and coached at a further 14 including World Juniors, Youth Olympics, University games, World Womens and the Winter Olympics. That's pretty impressive for a 33 year old! Petter works for the Norwegian Curling federation as Development Officer and Junior co-ordinator. 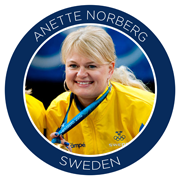 Anette, orginally from Härnosand, has a list of international curling merits surpassed by none. With various teams, Anette has won 7 European, 3 World and 2 Winter Olympic gold medals and has been on the podium 23 times during international play! In her spare time(!) she is also a successful business woman - Anette's contributions provide the NJCT with a high level of professionalism.

Cissi & Sara are both born and bred in Karlstad and started curling at an early age before joining forces. They had success at the World Junior Championships winning the silver in 2008 before moving on to senior curling where it didn't take them long to make their mark, winning the World Womens Championship in 2011.

Sara is employed by the Swedish Curling Federation (SCF) as Development Consultant as well as working for World Curling TV and Swedish Television as expert commentator during numerous international championships. Sara is expecting her first child in June 2016, however it is rumoured that a curling come-back is scheduled for late September. 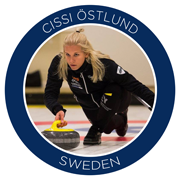 Cissi has recently joined the highly successful Team Sigfridsson and is working towards the 2018 Winter Olympics. Cissi will take over as Development Consultant for the SCF while Sara is on maternity leave.

Both Cissi & Sara bring an up-to-date, cutting edge knowledge of curling as well as plenty of enthusiasm to the NJCT. 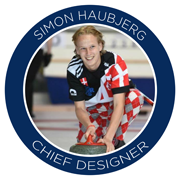 Simon started curling 2008 when he was on an activity day with school and now plays third on the number 1 ranked junior team in Denmark. This is remarkable because, between the age of 7-11, Simon was in a wheelchair suffering from Legg-Clave-Perthes disease. Fortunately he recoverd well, started curling and is aiming to play all of the events on the NJCT next season as well as qualifying for the World Junior Championships!

Simon created the NJCT logo as well as all of the designs and grafics for the NJCT FB-page. We are delighted to have such a creative and enthusiatic young man on-board! (And he's a really nice guy too!)